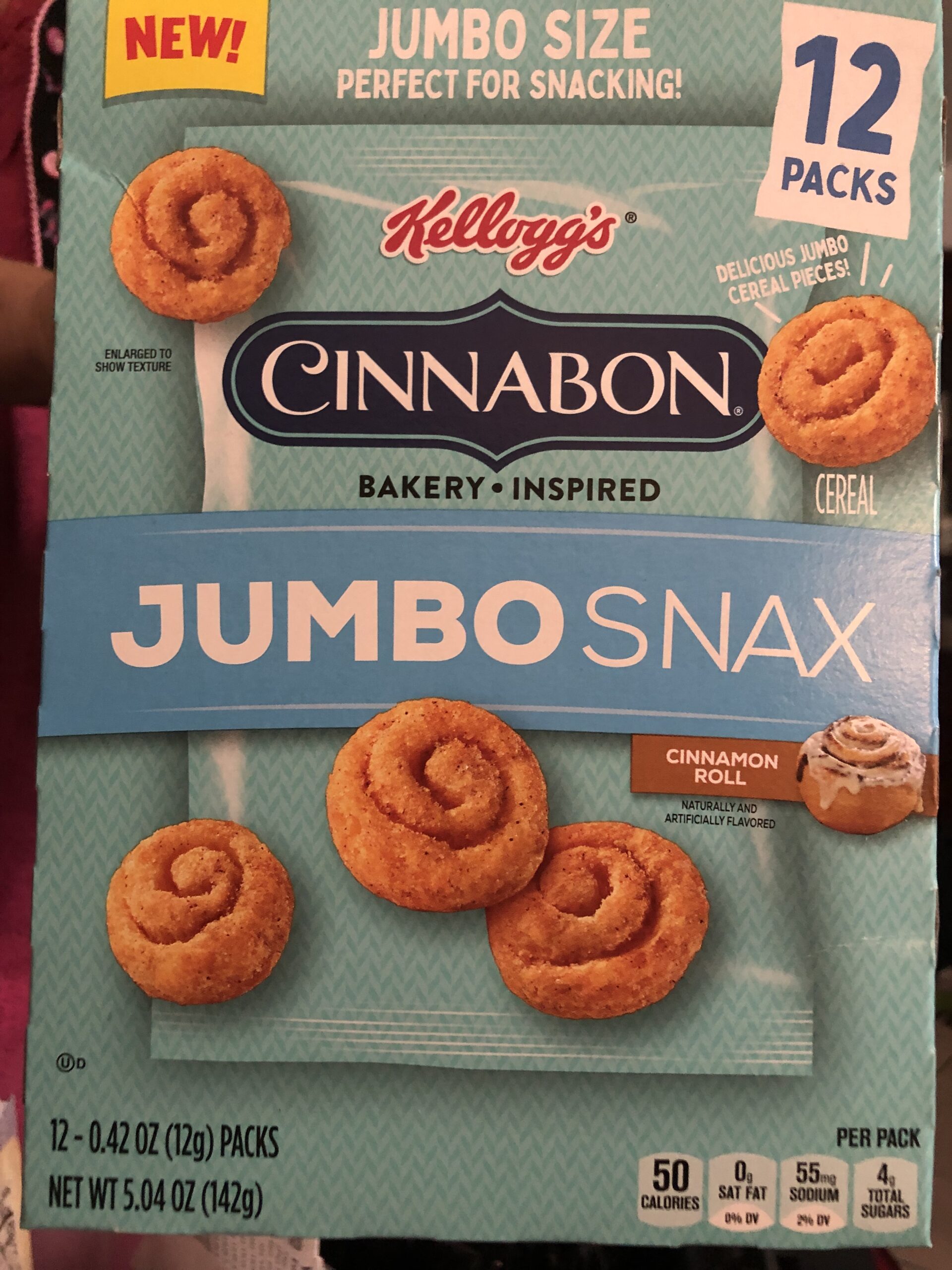 Cinnabon Jumbo Snax is one of the latest flavors to added to Kellogg’s Jumbo Snax line of snacking cereals. Mmm Cinnabon! 🙂

We previously reviewed Tiger Paws Jumbo Snax and discussed all the available flavors, so we will jump right in to the review and find out if these really taste like Cinnabon.

We are huge fans of all things cinnamon and cinnamon roll flavored, so we could not wait to try these!

The scent that comes from these little bags is reminiscent of walking past Cinnabon in the mall, so that’s promising. The cereal pieces are shaped like mini cinnamon rolls and have a lot of visible cinnamon.

Check out this closeup photo! 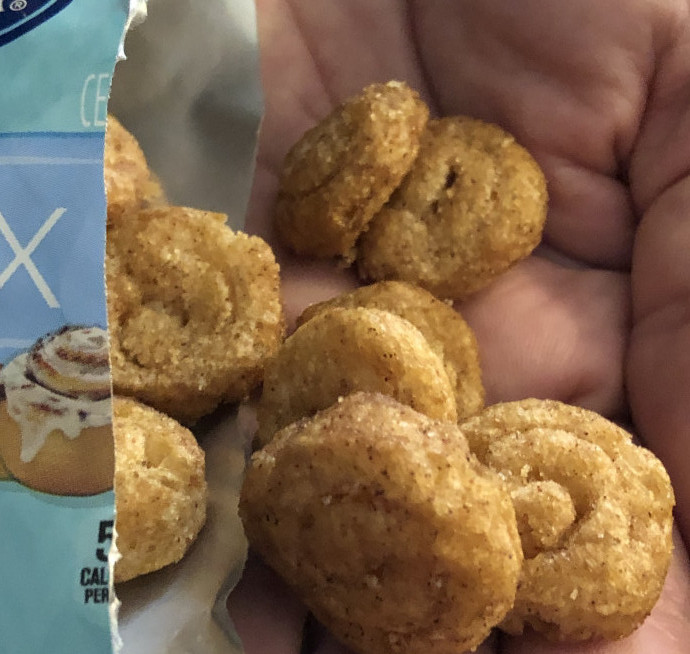 They may look like cinnamon rolls, but the opinions on what Cinnabon Jumbo Snax taste like varied widely.

One of our reviewers loved these and described the taste as “a crispy pecan pinwheel with extra cinnamon sugar” and rated these highly.

However, the rest of the group were disappointed by the taste of these, saying that they initially “taste a bit like cinnamon and icing before turning into an unidentifiable taste that is not very good.”

Sorry, Kellogg’s! We really wanted to love Cinnabon Jumbo Snax. At least they are cute!

For most of our team, Cinnabon Jumbo Snax tasted very little like cinnamon rolls.

The ratings for this version of Jumbo Snax ranged from a 4 to an 8, and we averaged them, like we usually do.

Do you agree with our rating of Kellogg’s Cinnabon Jumbo Snax? Please share your opinion in the comments!