Sonic added a banana pudding flavored shake to menus nationwide yesterday, August 2nd, for a limited time. We love banana pudding and ice cream, so of course we had to be among the first people to try the new Sonic Banana Pudding Shake.

We are here to tell you more about this shake and share our opinions of this new summer shake from Sonic. 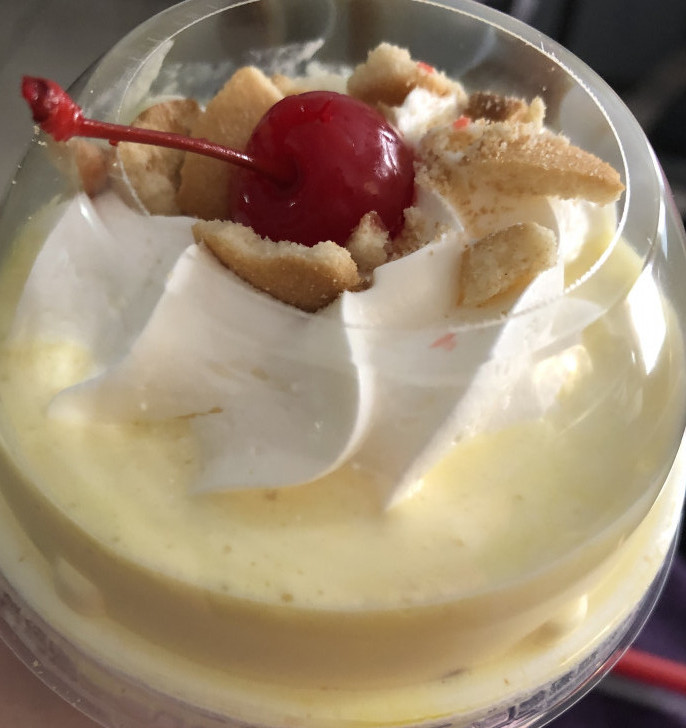 This shake truly tastes like rich, creamy banana pudding complete with chunks of real banana and crunchy Nilla Wafer pieces. It’s like drinking a bowl of homemade banana pudding through a Sonic straw. The flavor is incredible!

We loved the Sonic Banana Pudding Shake until we got about halfway through it and began encountering large chunks of cookies and banana that made it impossible to continue enjoying this with only a straw. That would not really be an issue, except that Sonic did not give us any spoons, so we had to get home to finish eating it.

So, be sure to ask for a spoon, and be aware that the latter half of the Sonic Banana Pudding Shake could get messy if you are trying to enjoy it while driving. Then again, a bowl of banana pudding would also be messy in the car.

The Sonic Banana Pudding Shake is every bit as satisfying as actual banana pudding.

The Sonic Banana Pudding Shake is available until August 29. 2021, so be sure to get one while you can!

Have you tried the Banana Pudding Shake from Sonic yet? Share your thoughts in the comments 🙂