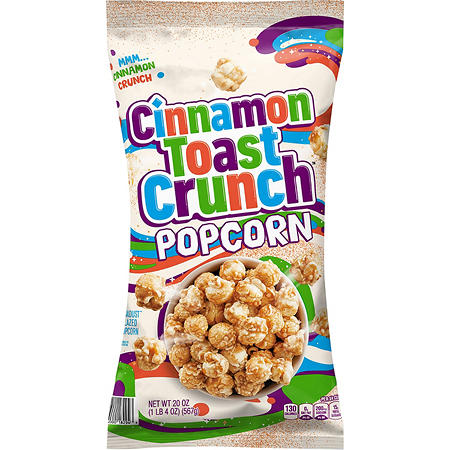 Is it as tasty as its namesake cereal? We finally found a bag of it at our local Sam’s Club and are here to share our thoughts and answer your questions in this Cinnamon Toast Crunch popcorn review!

So, let’s jump right into to the important part 😉

The bag describes it as “CinnaDust glazed popcorn” and says “Mmm… cinnamon crunch!” That is a great description. 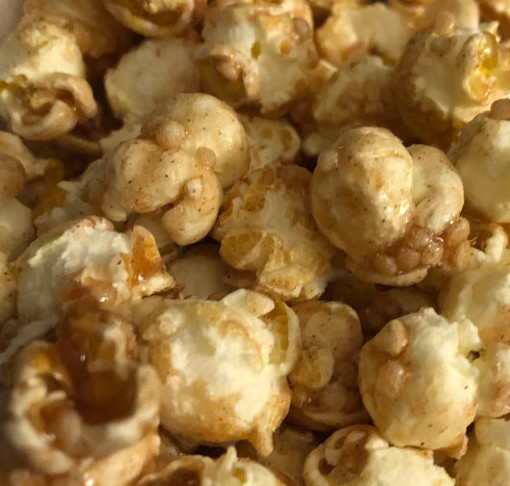 Just look at all the crunchy, cinnamon glazed goodness!

For us, Cinnamon Toast Crunch popcorn tastes like caramel popcorn sprinkled with magical CinnaDust. It’s sweet and crunchy with notes of salt and cinnamon. So much flavor that it’s like a party in your mouth! It’s hard to stop eating it once you start, because it’s so delicious that a few kernels easily turns into an entire bowl. We thoroughly enjoyed the taste test part of our Cinnamon Toast Crunch popcorn review process!

The good news is that this comes in large 20 ounce bags for about $6, but the bad part is that it is only available for a limited time from Sam’s Club.

If you like cinnamon or caramel corn, you must try this popcorn before it is gone!

If you don’t have a Sam’s Club membership or know someone that has one and doesn’t mind you tagging along on their next shopping trip, you can purchase one online here. Plus members might even be able to purchase Cinnamon Toast Crunch popcorn online and have it shipped to them for free.

CinnaDust glazed popcorn for the win!

Cinnamon Toast Crunch popcorn is fantastic! Hopefully, we are able to grab a couple more bags before it disappears.

Do you agree with our Cinnamon Toast Crunch popcorn review? Please share with us in the comments.