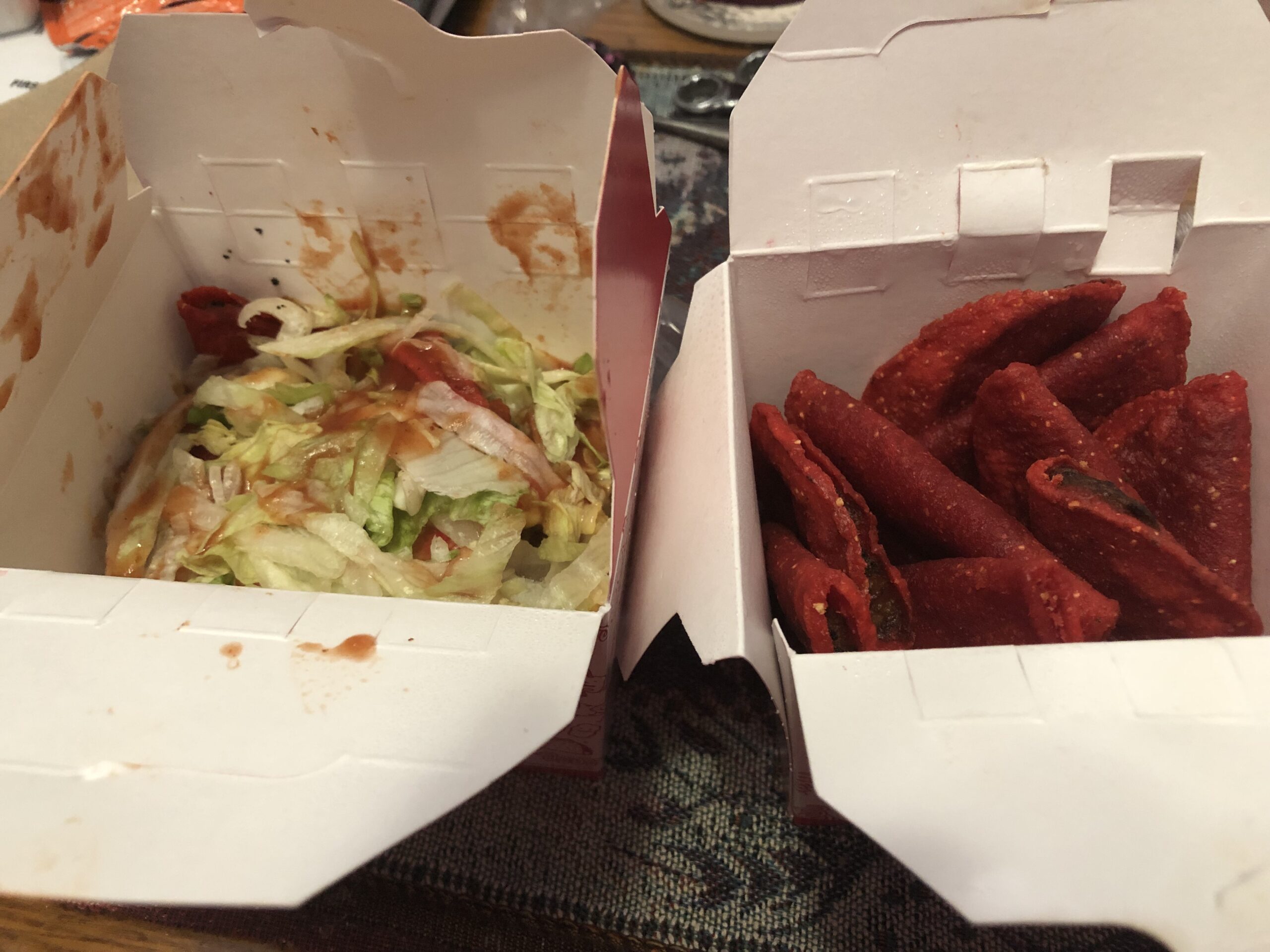 Jack in the Box has now officially released a spicy version of their tiny tacos, and our Food Rankers crew is here to answer the two questions on nearly everyone’s mind:

Are they as good as the regular tiny tacos? Are they actually spicy?

Keep reading to find out our thoughts on Jack in the Box Spicy Tiny Tacos!

Both versions of Spicy Tiny Tacos actually looked pretty good in person, and they definitely smelled spicy. Check out the red shells on the non-loaded ones! The new Jack in the Box Spicy Tiny Tacos are every bit as crunchy and tasty as Tiny Tacos with a nice kick that makes them worthy of the “spicy” moniker. They are seriously addicting! All of our reviewers liked them, even though they were a tad too spicy for those very sensitive to heat and spice.

Spice fans will love the flavor of Spicy Tiny Tacos! Just the right amount of heat to be enjoyable without burning your mouth or building too much. Now for the Loaded Spicy Tiny Tacos. While the picture appears to be mostly lettuce and taco sauce, there was a good amount of cheese and little spicy tacos underneath. For our spice fanatics, these loaded ones are the favorite. The taco sauce adds an extra bit of peppery heat that make these spicy, crispy, cheese covered tacos quite spicy.

If you regularly eat jalapeños and other spicy foods, the Loaded Spicy Tiny Tacos will be the right spice level for a nice snack. Otherwise, the combination of taco sauce and spicy tacos in Jack in the Box Spicy Tiny Tacos may be a little too much.

Jack in the Box Spicy Tiny Tacos have a nice kick of spice and a pleasant crunch. Most of our reviewers would order them again.

Spicy Tiny Tacos are worth the hype. If you have thought that regular Tiny Tacos would taste even better with a little more spice, run to the nearest Jack in the Box and get an order of them!