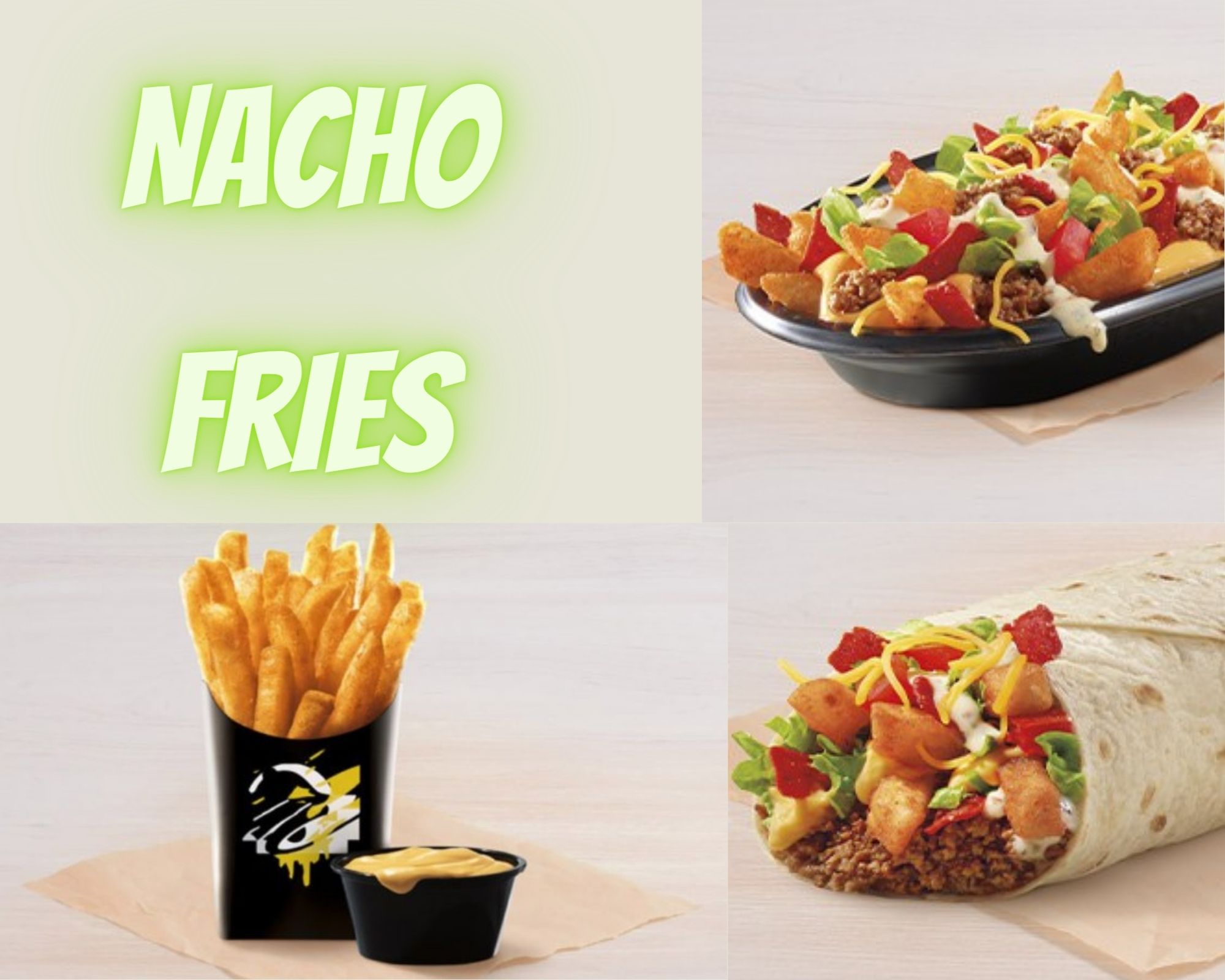 Nacho Fries are back at Taco Bell, and they are featured in several new and or returning items!

We are here to tell you about all the Nacho Fry items now available, and give you our opinions on a new one that we tried today, the Loaded Taco Fries Burrito.

All About The Taco Bell Nacho Fries Nacho Fries are one of Taco Bell’s most popular and versatile limited-time offerings. This will be the seventh (Yes, seventh!) time in four years that these tasty, seasoned fries have made an appearance on the menu, but this time they are not alone.

You can currently satisfy your craving for Taco Bell Nacho Fries with any of the following items for a limited time:

So many variations! We would like to try all of them, but we chose to start with the Loaded Taco Fries burrito today, along with their new Blue Raspberry Lemonade Freeze.

Now, on to what we think of Taco Bell Nacho Fries in a burrito.

This burrito is stuffed full of ingredients and extremely filling. The Loaded Taco Fries Burrito consists of the following components wrapped in a flour tortilla:

So, what does all that look like in real life? You can see and taste all the ingredients here, and there is a lot going on. Our reviewers thought it was a pretty good burrito but very heavy. “It would be good for a cheap, filling meal, but it’s not my favorite thing from Taco Bell” was the consensus among our rankers.

The Loaded Taco Fries burrito does have a little kick to it from the Nacho Fries and Spicy Ranch sauce that most of us enjoyed.

Our only criticism is the combination of Spicy Ranch and nacho cheese mixed to create a lot of spicy cheese sauce oozing everywhere. Some of us thought it would be better with a little less sauce overall. It was still a decent burrito.

We also tried the black bean version of this for a separate review.

This was an interesting way to have both a burrito and Nacho fries for a reasonable price. This burrito from Taco Bell really lived up to the “Loaded” moniker, which makes it a good value for the price of $2.99. We were pretty full after this taste test!

What are your thoughts on the Taco Bell Loaded Taco Fries Burrito? Share them with us in the comments section 🙂