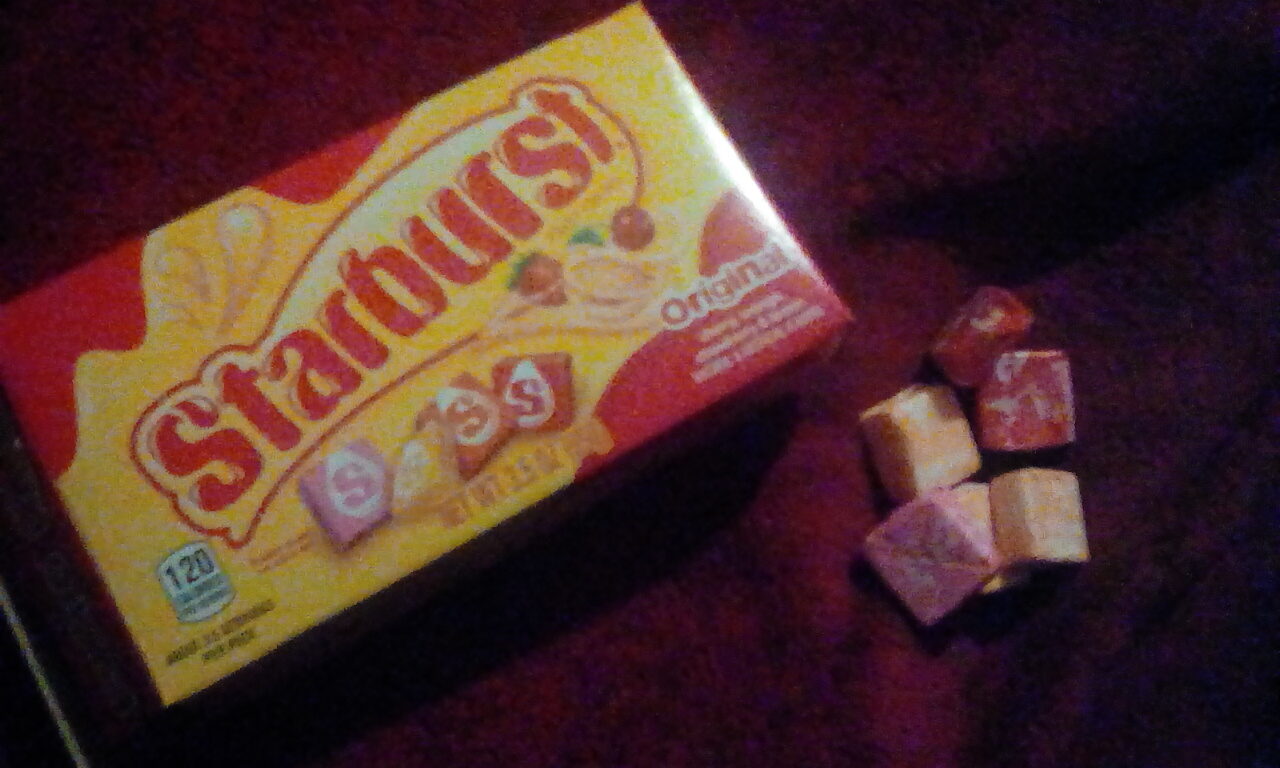 Today, we have an interesting review for you, a comparison of UK Starburst flavors and American Starburst flavors done by an Englishman and an American. Paul and I recently sent each other a box of snacks that included our own respective version of Starburst. We are here to share with you a few surprising differences that we discovered between the two versions and share our thoughts on them. But first, a brief history of how Starburst came to be and how the flavors have changed through the years.

The History of Starburst

What we all call Starburst today actually started out in England as Opal Fruits in 1959. They originally came in four flavors: strawberry, orange, lemon and lime.

When they came to the United States in the 1960s, the name soon changed to Starburst, yet the flavors stayed the same until somewhere around 1980. That is when the lime was phased out and replaced with cherry to make what Americans now refer to as the ‘Original Flavors’. Apparently lime Starburst was not a very popular flavor here in America. I have no idea why.

Eventually, the name was also changed to Starburst in the UK in 1998, and the lime and lemon flavors were combined into ‘lemon and lime’ to make room for the blackcurrant variety. Therefore, the four ‘Original flavors’ of Starburst in the UK are strawberry, orange, lemon and lime, and blackcurrant. Some people in the UK are rather adamant that the Original flavors should be the Opal Fruits ones, but that’s not how Starburst works.

Now that we have that bit of history out of the way, it is time for our Food Rankers Starburst comparison to begin! The blackcurrant flavor is deliciously sweet and tart. Blackcurrant is definitely not a very popular flavor in America, but it should be. Everything blackcurrant-flavored  that I have tried has been wonderful, including the purple Starburst. I never knew I needed purple Starburst in my life until now!

My favorite of the Original UK Starburst flavors has to the lemon and lime though. It is very citrusy and tastes a bit like a sugared lime wedge. Another thing I noticed is that all the flavors tasted more natural and less sweet than their American counterparts. That is because they actually contain a combination of 11.5% real fruit juices and real sugar.

I will definitely be requesting more of these in future snack exchanges with my UK friends. I love all the UK Starburst flavors!

Note: This portion of the post is written by our British reviewer, Paul, from his perspective.

I have been excited to compare the differences between American Starburst flavours and the English version that I know. The red packaging is a little odd, because our red Starburst is strawberry and not cherry. It turns out that the strawberry flavor in the US is pink. The most exciting flavour is the cherry flavor Starburst as it is not one we have in England. I found it quite enjoyable. It reminds me a lot of the Coca-Cola Cherry that we have here. It is a nice flavour that is missing from our Starburst lineup.

The strawberry and the orange are pretty similar to those I am familiar with, except I found them perhaps a little sweeter and less fruity. The orange seems very citrusy in a good way, while the strawberry is pleasantly sweet.

My favourite flavour of them all is the lemon. I miss this, as it is one we used to have in England when I was a kid until Opal Fruits changed to Starburst. The lemon is deliciously sweet, tart, and citrusy. While I did miss the blackcurrant and the combined lime and lemon from the English version, the lemon and the cherry made up for it.

I would definitely be happy to eat these again!

We discovered that, while there are several differences between the UK Starburst and American Starburst flavors, they are both tasty. This was definitely a review that we both enjoyed working together on. After all, who doesn’t like eating Starburst?

We would love to see Starburst release a mix called ‘Starburst Around The World” or something similar and include all the flavors that we experienced today in the same package. It would be interesting to have the combination of cherry and lime in the same mix. Plus, Americans need purple Starburst and Brits miss their lemon flavor!

What do you think of our Starburst comparison, and which of these Starburst flavors is your favorite? Let us know in the comments below!